In response to Starbucks’ nationwide racial bias training day, Point Made Learning hosted a conversation about racism and bias to give everyone a chance to talk about bias, #NotJustStarbucks. The same day, ABC sitcom Roseanne was cancelled following the title character’s comparison of former White House advisor, Valerie Jarrett to an ape.

It was a serendipitous moment in pop culture; the same day Starbucks trained employees on implicit bias at 8,000 stores, Roseanne Barr is fired for her explicit racism. Where #Starbucks was Twitter’s top trending topic earlier in the day, #Roseanne diverted  attention from the national conversation about interrupting racism to focus on the spectacle of her racist behavior.

Why are we so swift to condemn racism but resistant to acknowledging our complicity in it?

Far too many Americans still believe racism  only exists on the fringes of our society, in dark, shameful corners of the country. But it also exists in Starbucks. And in the common room of a Yale, graduate school dormitory. And in both Roseanne’s fictional and real lives.

Yes, Roseanne’s cancellation sets a firm precedent for zero tolerance for hate speech. But let’s not praise ABC’s decision, criticize Roseanne, and then wait for the next spectacle. These moments provide us with an opportunity to deepen the national conversation on race and try to figure out how we’re individually and collectively going to do better. Discomfort is the beginning of change and having discussions about racism is uncomfortable, no matter where or when you enter. Avoiding those conversations, however, creates space to deny racism’s existence and consequences. And then it’s only a matter of time before there’s another Roseanne, another Starbucks, another Ferguson.

Are you following us on social media? If not, join us as we share resources all day everyday!

And subscribe to our new newsletter to get our favorite resources delivered to you each month. 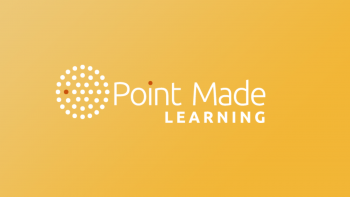 Becoming Racially Literate
This TEDWomen Talk isn’t new, but it is new to us, and as soon as we watched it, we couldn’t wait to share. As…

Bias and Racism: Let's Talk About What's Brewing
POINT MADE LEARNING DECLARES THE IMPLICIT BIAS CONVERSATION ESSENTIAL FOR EVERYONE, #NOTJUSTSTARBUCKS Point Made Learning asks all communities to talk about bias and racism…

#NotJustStarbucks
When Starbucks announced that it would conduct a companywide racial bias training following an incident of racism in one of their stores, we saw…