Earlier this week, The New York Times reported the following:

The Trump administration is preparing to redirect resources of the Justice Department’s civil rights division toward investigating and suing universities over affirmative action admissions policies deemed to discriminate against white applicants, according to a document obtained by The New York Times.

The Justice Department wouldn’t provide any details about the new initiative, but there’s reason to be concerned. As The Times stated, both supporters and critics of this plan believe it’s clearly aimed at admissions office practices designed to increase racial diversity on campuses.

We’ve fielded so many questions about affirmative action over the years during our post-screening discussions – often from young people who truly believe that affirmative action, at best, is simply no longer necessary and, at worst, discriminates against white people.

[tweetshare tweet=”Look at “white affirmative action” policies, like the ones that got Jared Kushner into Harvard. ” username=”PM_Learn”]There’s so much evidence to the contrary. But we get why this issue is confusing. For most of us, when we hear “affirmative action,” we think about helping underrepresented groups, like women and people of color. But if we continue to frame it that way, then we ignore all the laws, policies, and practices that have been helping white people since this country’s founding – from Slave Codes to Redlining and beyond.

So if the Trump administration really wants to take on “investigations and possible litigation related to intentional race-based discrimination in college and university admissions,” they need to take a look at “white affirmative action” policies, like the ones that got Jared Kushner into Harvard.

If you’re curious about “white affirmative action,” check out some of these resources and let us know what you think or if we’ve left anything out:

Corporate Diversity Programs, Student Protest, and Post- #MeToo - What We Learned this Week
Here's what we read and watched this past week to stay informed about issues of equity and identity. Resources this week look at corporate… 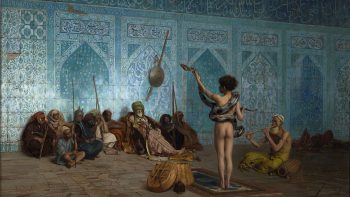 Understanding Orientalism and More We Learned
Black Students Marched Against Gun Violence in Florida, But You Likely Didn't Hear About It Think critically about the ways we look at protest;…